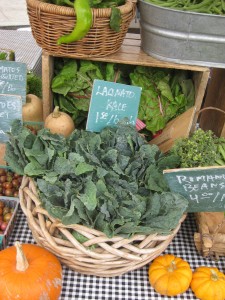 Smug Scout figures some of you are growing weary of her relentless references to Portsmouth, NH and especially its legendary farmers’ market. Smug Scout understands. After all, she finds it quite frustrating to live in a city that has almost 100 markets every week all year long and yet not one of them compares to Portsmouth’s single weekly market that barely runs five months (with only about two of those months featuring actual produce). Smug Scout is rooting for her Mar Vista market to move up to a close, rather than a hopelessly distant, second place, and she has found the farm that she believes will spearhead this effort: Jimenez Family Farm. What is the secret to Jimenez Family Farm’s Smugness? It is the use of diverse, handmade baskets to display produce, which is also this week’s Smug Farmers’ Market find. 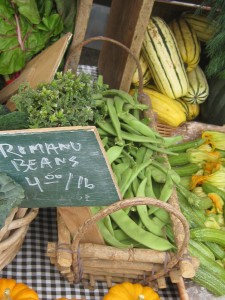 If the Portsmouth farmers were to write a manual about Smug basket use, these would be their rules: 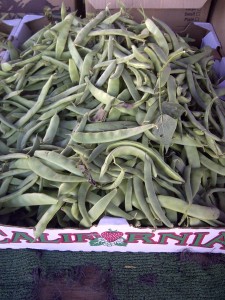 Why would you put so much effort into this faux backyard display? This should be intuitive: so that you can charge at least one dollar more per pound for whatever Smug vegetable you are selling. Take, for example, the display in the photo at left. Those Romano beans were for sale directly across from Jimenez at the stand belonging to Gloria’s Family Farm. These Romano beans are sustainably farmed, identical in appearance, and just as delicious (according to Smug Scout’s Romano bean taste test). But look at the cheap display! No label and no price, just a disposable cardboard box stuck atop a rat-eaten, half-destroyed golf putting mat. When you ask, which you must do, you will find they are $3 per pound rather than $4.

So Smug Scout buys from both farms. Gloria’s lack of labels is kind of Smug, too. Smug Scout enjoys being able to pick out the wild arugula and heirloom spinach from tables crammed with greens. It is like a test that she gets an A+ on, while others around her cluelessly fail. Smug Scout does not need to buy vegetables from a basket to feel Smug. 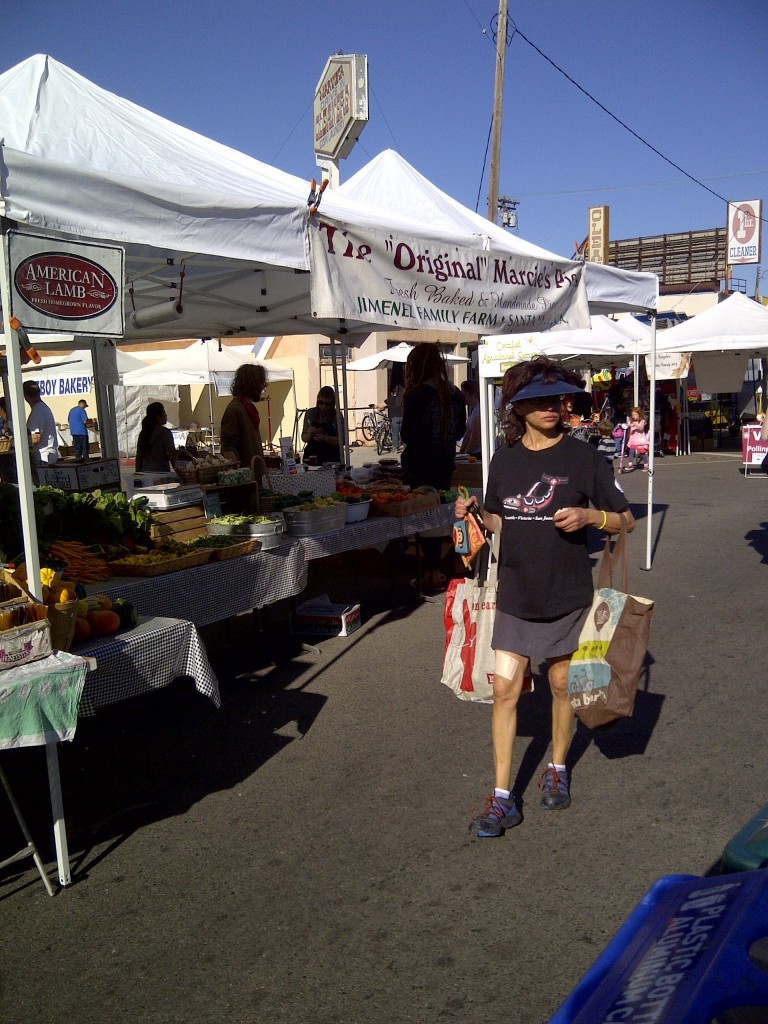