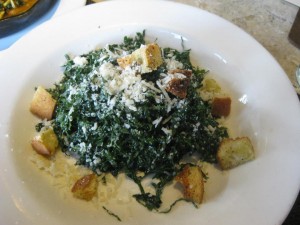 Smug Scout is very sorry that so many of her loved ones (and some much less loved) are suffering through this hurricane or cyclone or “superstorm” or “Frankenstorm” or whatever bogus made-up word it is called now. However, she is proud that many intrepid Smug scouts in that glowing Smug epicenter, Brooklyn, had their Smug priorities straight while shopping for the best Smug products to get them through days of homebound isolation, days with nary an Apple gadget to keep them company or to connect them with hundreds of indifferent acquaintances across the country. How does she know to be proud? Here is what she read in the New York Times (the only paper worth reading):

“If New Yorkers were reluctant to leave, they showed no reluctance to shop, hitting the stores and emptying shelves of batteries, bottled water and, in the case of the Fairway market in Red Hook, Brooklyn, kale. Multiple Whole Foods Markets were scenes of bedlam.”

Smug Scout understands that emergencies call for kale, though she wishes she knew what kind, even as she knows that people who do not live in California may get cross when she asks that. She feels that Red Russian kale would be the most festive kind to get through an unprecedented weather catastrophe. However, since it is an actual emergency, she would make do with the ordinary curly kind. When the whole East Coast has been so devastated by a storm surge that local farmers are concentrating somewhat more on staying alive than harvesting Smug crops, it is important to remember that kale is kale is kale.

Anyway, now that you have your kale (and presumably enough red wine and local artisanal spirits to get you through the hurricane as well as a few subsequent nuclear meltdowns), Smug Scout would like to propose that since you also have a great deal of time, no electricity, and a refrigerator full of eggs on the brink of inferior edibility, you will certainly want to make a gigantic kale Caesar salad. Open your cupboard, open your darkened refrigerator, and quickly remove the following staples:

Smug Scout does not know how you prefer to eat your kale Caesar salad, nor does she really know how to make one herself, so just put those ingredients in the bowl in whatever proportion looks good to you. Next, take one of the ten loaves of artisanal hay-smoked multigrain bread you fought with an angry Smug mob to buy before Sandy rudely washed out your emergency shopping trip. Chop it into chunks you would label rustic and place them over your Bodum Fyrkat portable charcoal grill from Denmark until they acquire some attractive charring. Then place them as you see fit on your kale Caesar salad. Finally, grate some Reggiano on the top.

With your kale Caesar salad ready, you should light a candle, open a few bottles of wine, and settle in for an old-fashioned evening unmarred by the tyranny of devices. Smug Scout wishes you the best.

N.B. If you want to read the whole New York Times article quoted above, here it is: