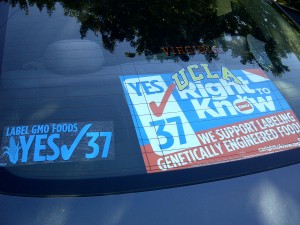 Smug Scout has something shameful to confess: she does not own a Smug car. She does not have a Prius. She does not have a Subaru Outback or Forester. She does not have any car that would be welcome in Portsmouth or San Francisco or Brooklyn. She drives a Honda Accord coupe, which might be somewhat acceptable were it not for its gas-guzzling V6 engine. Smug Scout wonders if you will understand that she did not have a clue what V6 meant when she bought this car. All she really knew was that it had nothing to do with that processed vegetable juice. She now understands that this car is at its very thirstiest when she is aggressively fighting for parking at the Mar Vista FM or trying to prevent her death on L.A. freeways. As sacrilegious as this will sound, she would rather buy more gas than be splattered all over the road because some useless mongoloid was texting a stream of useless gibberish into an iPhone.

To make matters worse, she does not have an endangered or protected animal on her license plate. She does have an arts plate, which means she pays $50 a year for one art deco palm tree, but she knows that is not as Smug as a moose.

That is why she was delighted when she met a Smug Santa Monica resident at the Mar Vista FM this morning. This woman chatted with Smug Scout on Smug topics such as Proposition 37, which would require labeling of genetically engineered food. Then this woman introduced Smug Scout to some other Smug people who gave her a big sign and a bumper sticker with a cute ear of corn on it. Smug Scout put these on her car immediately.  Now her car advertises her Smug value system despite the eco-hostile engine. If anyone asks, her car is bi-polar.