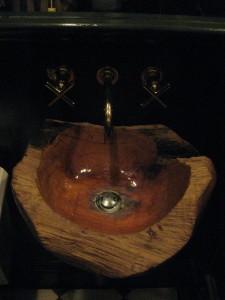 Smug Scout recently had dinner at a French restaurant in Silver Lake called Café Stella. When she arrived, she had no idea she would find an especially high level of Smugness because restaurants aiming to be authentically French do not feel they need to bother with any trifling preferences of American diners, Smug or otherwise. In fact, it is much more likely that French restaurants in this country will imperiously denounce and even operate against such preferences, because they know that Smug people love all things French–the more authentique the better, even when that looks like utter contempt and hostility towards their American countryfolk. Of course, since Smug people also scorn their own countryfolk, especially oversized flyover state philistines who gorge savagely in troughs at chain and buffet “restaurants,” they do not take any hostilité personally.

Still, Café Stella is in Silver Lake and thus faces aggressive competition for Smug business, so for purely commercial reasons it makes sense that the menu will include items such as beetroot, Jerusalem artichokes, and wild arugula. Naturally, Smug Scout ordered and loved these locally grown vegetables, which she washed down with more than one verre (more like a bouteille…non, more like a bouteille +) of eco-insensitive French wine. (Smug Scout does not even want to think about the long journey of those bottles from Marseille to the Port of Los Angeles, though she imagines it to have been a scenic one, perhaps accessorized by chic French sailors in blue and white striped shirts and berets with red pom-poms on them.)

Anyway, whatever opinion you have of Smug Scout’s French wine consumption, most likely not much of one, you will not be surprised to hear that she needed to visit the restroom. And this is where she discovered Café Stella’s hidden monument to Smugness: a roughhewn reclaimed wood sink. Smug Scout’s mouth dropped open when she saw this sink! But this crudely formed deep woods sink is not the only Smug part of the story. No, Café Stella was not content just to have a Smug sink. Café Stella also wants its guests to have a restroom experience Smug Scout can describe only as rustique. First of all, the cold and hot water controls are merely decorative: this sink only dispenses cold water. Furthermore, there is no soap. And finally if you want to dry the cold soapless water off your hands, there are no towels.

Smug Scout was absolutely jubilant as she dried her hands on her jeans. She was jubilant because it is a powerful commitment to Smugness to violate what Smug Scout believes to be a city health code just to give Smug patrons a nonsensically phony yet primitive camp-out hand-washing adventure. She later found out there is a second restroom that has a wood-free sink, hot water, soap, and paper towels. How fascinating that Café Stella has a Smug refuge within what is otherwise a slickly beautiful restaurant. Une autre bouteille de vin de Gascogne s’il vous plaît! Smug Scout will deal with her carbon footprint crisis another time; she wants to go back to that Smug restroom in Silver Lake.