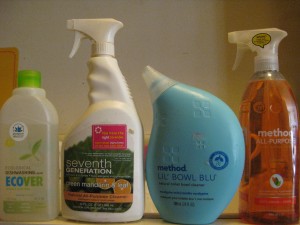 Smug Scout is not a natural born housekeeper. In fact, to put it more accurately, she combines an innate disinclination and indifference with a spectacular level of incompetence. She is tempted to pay someone to clean her apartment, but because she prefers to spend her money on food, drinks, vacations, and things to wear, and because her apartment is only a cell-like 650 square feet, she feels she should be able to handle this task on her own.

So handle it she does, albeit rarely and poorly. This morning, however, she could not avoid it because she is having company this afternoon, and with all the (fucking) sun shining in, any dirty spots would be glaringly illuminated. Thus, she got to work using the Smug environmentally friendly products in the above photo.

This post is not really a review of those products, however, nor is it a comparison of them. Why not? Method, Ecover, Seventh Generation, whatever. They are all sensitive to animals and the planet, they are all free of noxious chemicals, they all smell pretty good, they are all available for a high price at Whole Foods, and they are all simply dreadful as cleaning agents. That is as much as she cares to review them because the real issue is the second part of the post’s title: workout. Using these products means actively using all the muscles in your arms and legs. It is not like those TV commercials for environmentally ruinous cleaning products that show a smiling Stepford wife spraying the product on some unidentifiable filth and then effortlessly wiping it away in one smooth gesture. Smug Scout is not sure those products are that miraculous, but she knows they do not involve so many “reps” of such grueling, laborious scrubbing. For example, a small red wine stain on the kitchen floor does not simply come off with a quick spritz of Seventh Generation “Green Mandarin and Leaf All-Purpose Cleaner.” As Smug Scout is on her hands and knees violently rubbing her biodegradable European dish towel over the stain, she vaguely wonders how the hell unripe mandarins and random leaves became qualified to work as cleaning products. She believes unripe mandarins and random leaves need to go back to their day job.

Smug Scout will not be doing such intensely athletic cleaning again for quite some time. Furthermore, she believes she needs to drink more white wine, so if she clumsily splashes a drop on the floor, no one will see it. This is the only kind of cleaning solution at which Smug Scout excels. 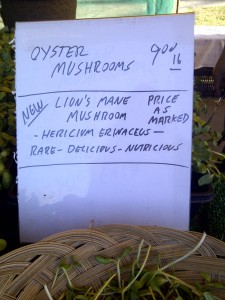 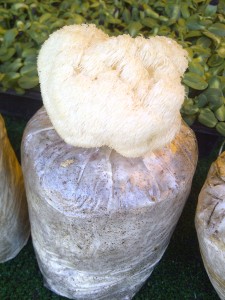