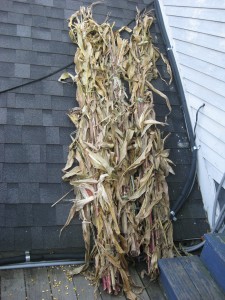 Smug Scout lives to locate Smugness in its natural or, better yet, completely contrived habitat. One of her favorite places to do this is in other people’s homes. Sometimes, of course, a favorite place for her may be far from a favorite place for her subjects to invite her. For example, she is fairly sure she annoyed the Smug Barrington Bartender by asking to see her refrigerator a few too many times (after a few too many of Smug Barrington Bartender’s Bully Boy artisanal small batch organic white wheat whiskey cocktails). Smug Scout is sure that Smug Barrington Bartender’s refrigerator is full of multiple varieties of kale, local artisanal spirits, and handcrafted products from her Smug country store. She certainly has nothing to prove to Smug Scout. On the other hand, Smug Scout’s friend Derek had much more to prove after tantalizing Smug Scout by saying she probably would not want to see his messy Portsmouth apartment. She said it would be more than enough just to see the Smug decorative corn stalks on his “balcony” (more like a way station for trash that has been carried outside but not down the stairs), but when he invited her in, his place became fair game for a spontaneous Smug home inspection. What caused Smug Scout to be initially quite dumbstruck was the way Derek’s apartment effortlessly combined Smugness with absolute squalor. At first, Smug Scout did not really want to look around, let alone sit down, because she thought she was in the filthy, debauched lair of a frat boy. Imagine her surprise when she discovered a slew of Smug accoutrements mixed into the rubble:

Still, as impressed as Smug Scout was by the random, yet oddly comprehensive, array of Smug products, she could not help but turn up her nose at the squalor. These were the worst sightings:

Thank you so much for the tour, Derek! Smug Scout recalls that you sent an updated photo of your “re-Smugged” refrigerator, but it has disappeared into BlackBerry oblivion. Perhaps you would like to re-send it? Smug Scout welcomes any photographic rebuttals!