For better or worse, Smug Scout is not the only Smug scout. In fact, she is grateful to her Smug compatriots in flyover states and other inhospitable territory for both locating Smug epicenters and photographing local Smug iconography. Smug Scout is starting to think that Minneapolis is a previously unsung Smug epicenter. Please take a look at Clay’s fine work and judge for yourself. 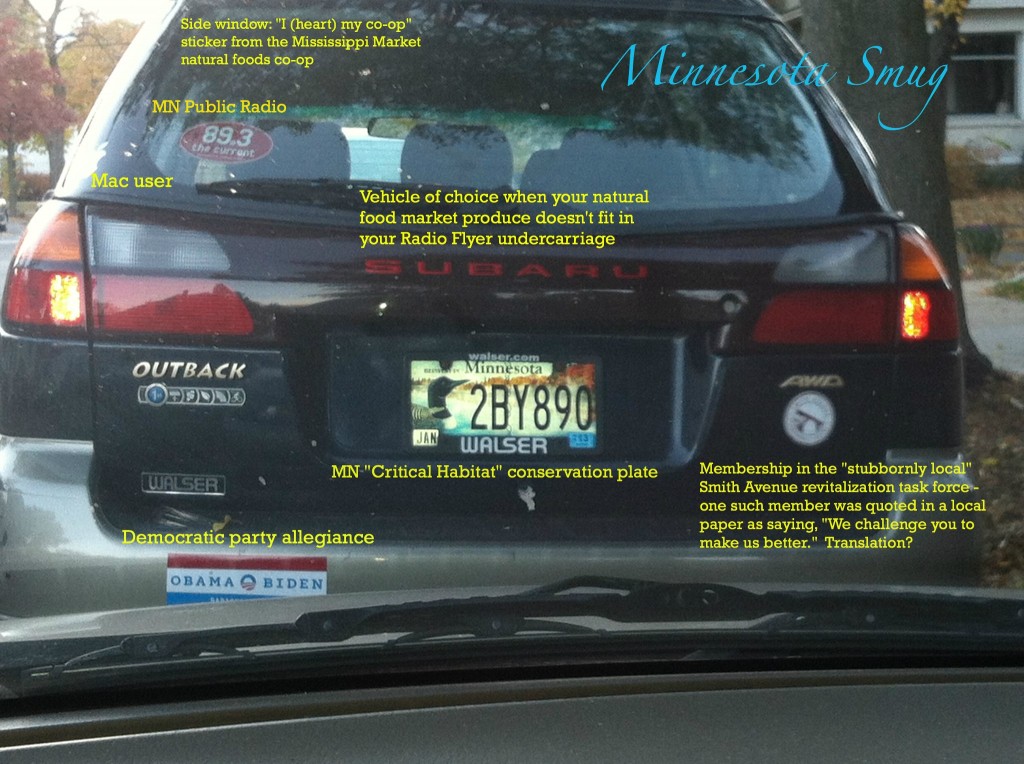 N.B. An undercover Smug scout named Celia decoded the pictograms underneath the Outback logo. Here is her report, apparently from left to right: “1st Subaru, either 100 or 200K miles driven, support for music/arts, environmental awareness, diversity awareness, and bicycling.” Smug Scout finds herself quite bewildered by the cryptic symbols that unlock a Smug world that she never knew a thing about. It may as well be Brigadoon.  Who are all these Smug flyover state residents? How does one sift through all the flat accents, frumpy ice fishing gear, and comatose misogynist Michele Bachmann acolytes to find the Smug underbelly? Smug Scout is on the case!